The growth of these tissues in the abnormal locations(pelvic, abdomen and chest) cause symptoms around the time of a woman’s menstrual period. These symptoms include heavy and irregular menstrual bleeding, severe pelvic and lower abdominal pain, back pain, severe deep pelvic pain during sexual intercourse, abdominal bloating, nausea and vomiting, pain during urination and frequent urination

Endometriosis should always be considered in women with chronic pelvic and lower abdominal pain and painful menstrual cycles that do not respond to standard pain killers or birth control pills. One out of every 3 female afflicted with endometriosis has difficulty becoming pregnant or may be rendered infertile. 15 % of the females who present with severe pelvic pain are found to have endometriosis. This incidence rises sharply in the patients whose pelvic pain is most intense in the days preceding and during the menstrual cycle.

Endometriosis is an under diagnosed, under reported condition which becomes progressively worse as it goes undetected. The psychological impact of the severe chronic pelvic pain is made worse by the negative impact of the disease on fertility if left undetected and untreated. 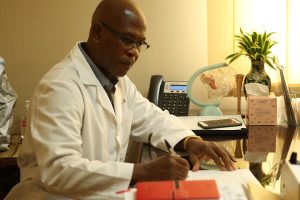 To request for appointment by phone call